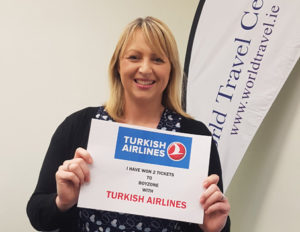 Helen O’Flaherty from World Travel Centre and Joanna Gomez from Travel Focus are the winners of tickets to see the Boyzone Thank You & Goodnight The Farewell Tour 2019.

Turkish Airlines, sponsors of Dublin’s 3Arena, ran the staff incentive for any agent issuing a ticket with the airline from December 11 until January 18.

The departure period for tickets issued is December 20 till June 1 next.

Both Helen and Joanna will be at the concert on Thursday, January 24, with access to the VIP lounge in the 3Arena to see the Irish band’s last-ever performance which follows one other gig, in Belfast. 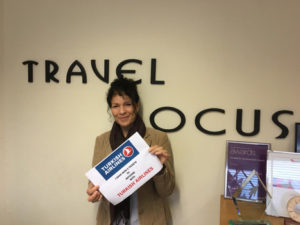 In their 25 years together, Boyzone achieved nine Irish number ones and six in Britain. Band members Ronan, Keith, Mikey and Shane told fans: “Twenty-five years is a long time. We’re certainly not boys any more, and we all feel that we should now call time on our lives together as Boyzone and go out on a real high.”