Trending
You are at:Home»Travel Trade News»My family nearly kicked me out when I chose travel over a civil service job! – Cathy Burke celebrates 40 years in the industry

She’s one of the best-known personalities in the trade – but Cathy Burke says a travel career wasn’t her parents’ dream job for their daughter.
She started her career as a travel agent at Noel Martin Travel in Dublin 40 years ago this week, but had been offered a 9-5 office job in the public sector. “To the horror of my parents I was offered a job at the same time as the Civil Service – one of those pensionable jobs. When I chose the travel agents I was nearly kicked out of the house, but the business has been very good to me,” she told Travel Extra.
Now General Manager at Travel Counsellors Ireland and the global organisation’s Director of International Business Development, she has no regrets about taking the riskier career route, and said the idea of a cushy job – “I’d be totally bored” – wasn’t for her. 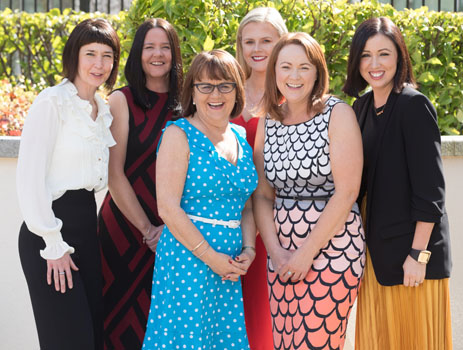 Compared to today, Ireland was a different place for those starting out in the industry, she said: “It was hard in those days to have a passion for travel because you didn’t really know a huge amount about it, no one travelled that much back then.
“My first holiday was to Romania – there were charter flights and it was still behind the Iron Curtain. Bray Travel used to do packages. It was horrendous, the people weren’t allowed on the beach after dark, but Irish people went in their droves because it was cheap. America was out of the question.”
But having a cousin in Aer Lingus with tales of exotic trips made her mind up at a time when the idea of package holidays for all was still taking off. She said of her early career: “Spain was the main place. People went to Majorca, Costa del Sol, always on package holidays, and a lot of religious stuff like Lourdes. I remember at Tara Travel they did the Italian Rivera and that was pure exotic.”
And technology was basic to help with bookings: “You had to phone the airline, look up the books so big you could hardly open them to find a routing for somebody, and do fare calculations.You had to type up tickets on a manual typewriter and later we progressed to a golf ball. All of a sudden telexes were invented and then faxes – they were the best thing since sliced bread. I now sit at a desk with two screens and I’m considering getting a third.”

Holidaymakers’ tastes have broadened too, she said, believing that “Irish people are far better travellers than other counties. They are discerning and adventurous now. Probably the recession accelerated that because a lot of kids travelled abroad to work and that made their family, friends – parents mostly – travel as well. Once you get that long haul bug it stays.”

And with 75 franchisees in the Travel Counsellors family, which she set up here in 2005, Cathy sees a big future for agents, as customers are “time-starved and if they’re spending a lot of money they’re worried about getting the best value and who they’re giving their money to”. After years of people doing DIY bookings online, she said: “I think it’s gone full circle – certainly for complicated stuff like cruises, long haul, multi centre and private villas.”

So much so that there’s new demand to become an agent, with Cathy seeing demand from smaller bricks-and-mortar travel agents to join the organisation and focus on selling, not on overheads and administration. There’s demand too in the past year or two from “people who’ve travelled the world and have never worked in the industry. If we think they’re the right fit we’ll teach them to be travel agents.”

Steve Byrne, CEO at Travel Counsellors, said: “Cathy Burke is a hugely talented, very special leader and person, and we are privileged to have her as part of the Travel Counsellors family. She has been the driving force behind Travel Counsellors in Ireland since its beginning and her passion for the business and our people has made it the success it is today.”