Trending
You are at:Home»Aviation»Qatar Airways to seek new Ireland boss as Jonathan Keenan to leave position

Qatar Airways’ Commercial Manager for Ireland, Jonathan Keenan, is to leave the post after two months in the job, Travel Extra has learned.

The respected airline veteran was previously Commercial Manager at British Airways, and was also a Network Analysis Executive at the IAG-owned airline, and also a Route Analyst at Aer Lingus. 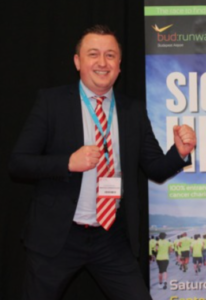 Mr Keenan, who was educated in Dundalk, Co Louth, is believed to have parted ways on good terms with the Doha-headquartered carrier. Neither Mr Keenan nor Qatar Airways was reachable for comment at the time of publication.

The hunt is now on for a successor to lead Qatar’s Irish operations, which launched on June 12 last. However, the airline, headed by CEO Akbar Al Baker, is believed to be looking to its head office staff in Doha for a replacement for Mr Keenan.

Qatar will be keen to fill the position as quickly as possible, given the tough competition in the Ireland market, including from Emirates, Etihad and Turkish Airlines.

Qatar is keen to double its daily frequency on the Dublin to Doha route, and Mr Al Baker said at a launch in Dublin’s InterContinental Hotel this summer that “Dublin has long been on our list of destinations to add to our route map”.