Trending
You are at:Home»Aviation»Women to get priority boarding on selected Aer Lingus flights to mark Women’s Day 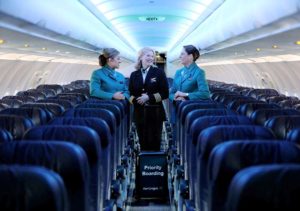 One hundred and 20 flights will let female guests along with any junior travel companions board ahead of men in what the airline says is a gesture “recognising the achievements of women and promoting greater gender equality”.

The announcement comes as Aer Lingus confirmed that female cabin crew will no longer be required to wear make-up or skirts as part of new uniform rules. It will introduce new uniforms later this year which will include trouser options for female staff. 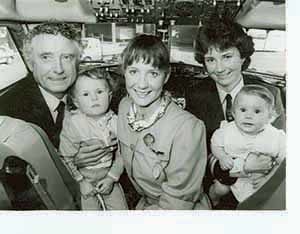 Women now make up 48pc of all employees at Aer Lingus and 33pc of all leadership roles.

Aer Lingus was the first airline in Europe to employ a female pilot, Gráinne Cronin from Ennis in 1978, (pictured with her family) and currently employs twice as many female pilots as the international airline industry average.

Rachel Izzard, Chief Financial Officer at Aer Lingus, said: “As a company, Aer Lingus is committed to attracting a wide breath of talent. This International Women’s Day we celebrate our diverse female talent and our female guests. We’re proud of the Aer Lingus Women’s Network called LIFT (Let’s Inspire Female Talent), which has been an important catalyst to recognise, enable and support the career progression of women in Aer Lingus over the last number of years, with a number of initiatives and mentoring programmes.”