Trending
You are at:Home»Ireland inbound»Ireland’s North American arrivals up 18pc to November

Irish tourism got an early Christmas present with the latest figures from the Central Statistics Office (CSO) showing nine million overseas visitor arrivals from January to November. That confirms a rise of 11% on last year’s corresponding figure. 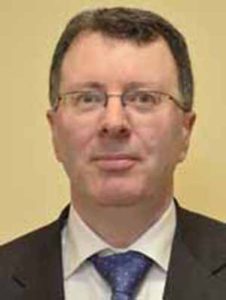 Niall Gibbons, CEO of Tourism Ireland, said: “Today’s figures indicate that this was the best ever January to November period for overseas visitors to Ireland.” He said that there “884,400 additional overseas visitors when compared with the first 11 months of 2015. It is clear that 2016 will be another record-breaking year for Irish tourism.”

Mr Gibbons added: “We have seen exceptional results from North America for January to November – up more than +18% on the same eleven-month period in 2015. I also welcome the strong increase in British visitors (over +11%). And Mainland Europe has also turned in another excellent performance (almost +9%), with important markets like Spain, France and Germany all recording good growth.

“Tourism Ireland has a number of late-season campaigns under way right now, to kick-start our promotional effort for 2017. The aim is to grow overseas tourism revenue in 2017 by +4.5%, to €5.7 billion for the island of Ireland.”