Trending
You are at:Home»Afloat»Celebrity Cruises to homeport in Dublin for a second mini-season in April 2019 after ‘strong guest demand’ for debut season

Celebrity Cruises – which will homeport in Dublin during the 2018 summer season with Celebrity Eclipse – is to return to the capital in 2019, introducing the line’s newest ship, Celebrity Reflection.

The first major cruise line to homeport a ship in the city will offer a mini season of five sailings from April 2018. Celebrity said that “due to the success of this inaugural season, Celebrity Cruises is continuing to feature Dublin as one of its prestigious homeports in 2019 and bringing a newer ship to Ireland”. The 3,030-passenger Reflection will offer a series of eight, 10, 11 and 12-night sailings from Dublin. Cruises will sail to Iceland, destinations throughout Ireland, in the Norwegian Fjords and around Britain. It expects 15,000-plus holidaymakers to start their cruise holiday in Dublin with it in 2019.

Celebrity Reflection launched in 2012 and is the newest ship in the fleet. It features a real grass lawn on the top deck with private cabanas and the Reflection Suite – a one-of-a-kind two bedroomed suite with a shower cantilevered out above the ocean, and private butler service. 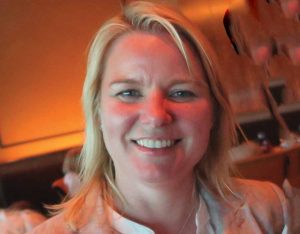 “The exciting expansion of Celebrity Cruises’ Ireland programme follows strong guest demand for cruises from Dublin, and the support of the Irish travel industry including travel agents and Dublin Port,” said Lorraine Quinn, head of sales, Ireland, Celebrity Cruises. “Sailings starting in Ireland from Dublin Port have been popular with our guests from all over the world. We are really pleased with the performance of the 2018 season for Celebrity Eclipse and our 2019 deployment of a slightly larger ship in Celebrity Reflection to Dublin sees an increase in the number of people who will sail from this great city. Confirming our ongoing commitment to Ireland is a huge thank you to those who have aided Celebrity Cruises in becoming the first major cruise line to base a cruise ship in Dublin.”

Pat Ward, head of corporate services, Dublin Port, said the decision confirms ” Dublin City as a marquee destination for the world’s largest cruise lines…. Dublin Port’s cruise business is growing from strength to strength. We are already on track for a record year in 2018, and with work on our Alexandra Basin Redevelopment Project having commenced, the future of cruise tourism to the capital is now secure.”

Celebrity Eclipse and Celebrity Reflection are part of the newest Solstice Class of ships, all introduced between 2008 and 2012. The line continues to grow and expand its fleet with a new class of ship currently under construction. The first of those – Celebrity Edge – will enter service in December 2018.