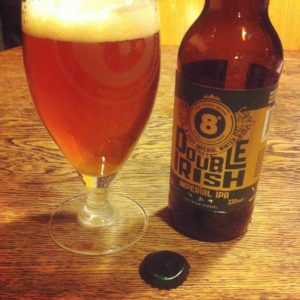 The 2016 World Beer Awards country winners were announced at the Hilton London Olympia.

A panel of international judges adjudicated 1500 beers from 30 different countries entered into the 2016 awards. Winners now go through to the best in the World Beer Awards short list. The World Style and World Category winners will be announced on 23rd September. Irish winners were::

IPA winner the Full Irish was first brewed in 2014 as a limited release to showcase local Irish pale ale malt; it was so successful that it is now part of the Eight Degrees Brewing’s core beer range.

Eight Degrees Brewing’s Cam Wallace said. “we are over the moon to be judged as having the best IPA and stout from Ireland. Our fingers are crossed as we go through to the best in the World Beer Awards short list.”