Kilkenny, which claims the first ever reference to distilling in Ireland in the 1324 Red Book of Ossory, has launched a Kilkenny Whiskey Guild brochure with a map to guide visitors to ten venues participating in a whiskey appreciation initiative across the city.

The Kilkenny Whiskey Guild will host monthly Whiskey events and tastings across participating venues. Each of the guild houses will be designated by a specially commissioned Kilkenny Whiskey Guild plaque – Billy Byrne’s Bar, Paris Texas, The Brewery Corner, The Dylan Whisky Bar, The Hibernian Bar, Matt the Millers, Langton’s, The Left Bank, The Wine Centre and Lanigan’s Bar.

The brochure will also feature local points of interest on Kilkenny’s Medieval Mile, as well as information on other key Irish Whiskey destinations nationwide.

The ambition is to make Kilkenny Whiskey Guild a comprehensive attraction at the forefront of Irish Whiskey Tourism and there are initiatives planned towards the 700th anniversary of The Red Book of Ossory in 2024.

The city’s distilling heritage dating back to late Norman Ireland, through to the 19th century and on into the contemporary Irish Whiskey renaissance based in the ‘Barley Basket’ that lies to the south of Ireland’s Ancient East.

The Kilkenny Whiskey Guild is an Irish Whiskey Tourism initiative just launched by a group of ten local hostelries to provide a premium Irish Whiskey experience to visitors and Kilkenny locals alike. Each Guild House will have a range of sixty or more Irish Whiskeys offered on bespoke menus by specially trained staff. There will be tasting trays to tempt the novice as well as Whiskey cocktails and food pairings. 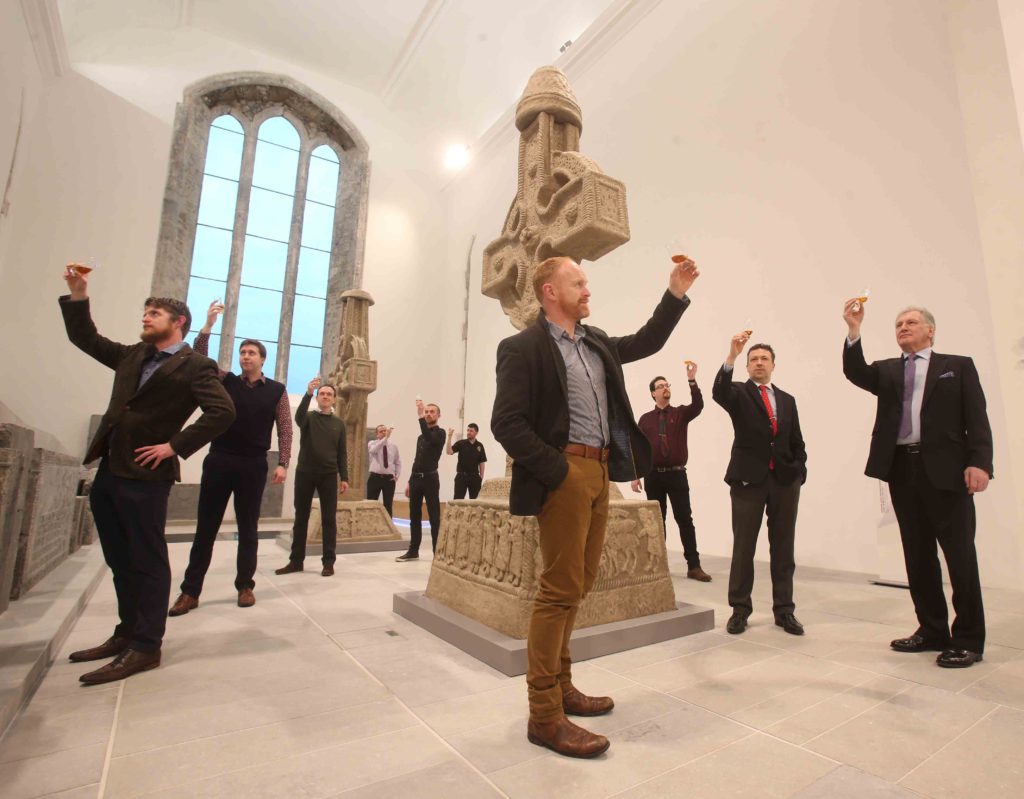