Ryanair has issued a statement to media organisations informing that there will be no media briefing after their upcoming annual general meeting. Media are not normally present at the AGM.

In previous years Ryanair updated forecasts for the year, announced to the Stock Exchange, ahead of the AGM.  Ryanair’s AGM has developed a reputation as  a forum for the major institutional and other investment funds to express their opinions behind closed doors and register dissatisfaction by withholding votes. 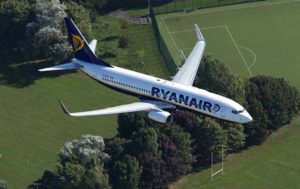 In a statement it said: “Ryanair today advised all relevant financial media that at its AGM next week, there will be no press invited or admitted to the meeting and no press briefing afterwards.“We wish to allow shareholders to discuss all matters freely with the Board without these discussions being distorted for PR purposes.”