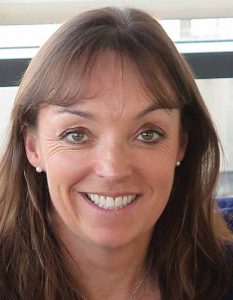 Sunway is to transfer capacity away form charters to more flexible alternatives after a change from Viewdata combined with a weather related decline in late bookings in 2018.

Tanya Aireys says charters do not give the flexibility that the business or the consumer require.

But  2108 revenue was hit by the heatwave along with teething problems in the loading of the new computer system to combine charter, low-cost and scheduled flights, and pull in stock from Sunway’;s ground agents across Europe. Sunway wrote to travel agents at the end of January apologising for the difficulties which coincided with peak booking period.

Sunway on course to record a bigger loss in 2018 than last year’s pre-tax loss of €458,976. While aspects fo the business showed increased revenue, European charters were loss making, due to to combination of weather related factors at home and price increases of 10-12pc in Spain and Portugal. Guaranteed accommodation linked to seats which curtailed options for seat only sales and for increased focus on five star accommodation. Staff increased from 60 to 63 but staff costs, including directors’ salaries, dropped from €2.68m to €2.2m as salaries for the four directors  dropped from €784,300 to €231,955. The company had shareholder funds of €2.5m at October last year and  cash totalled €7.3m. The Turkish holiday market accounted for 30pc of the company’s business before militant attacks there in 2016 and 2017.

Tanya Airey said: Some lates were sold at a loss of 30pc to 40pc: The sun came out here and came out early and didn’t go back in again. The hot summer was  not good for us. A lot of people just skipped going on sun holidays this summer”.