The Lufthansa Group and Air China have signed a joint venture with the aim of expanding their codeshare deals.

The new deal means that they will jointly operate connections between Europe and China; this is a follow on from an agreement made in summer 2014. The venture will come into place at the start of the 2017 summer flight timetable.

As a result of the deal, customers can expect to see more coordinated timetables; the introduction of common fares; as well as more co-operation with corporate and frequent flyer programmes.

In addition to Lufthansa and Air China, the agreement extends to Lufthansa’s subsidiaries: Austrian Airlines and Swiss International Air Lines.

It is Lufthansa’s third joint venture in Asia, following on from similar deals with Japanese airline All Nippon Airlines (ANA) and Singapore Airlines.

Carsten Spohr, chairman of the executive board and CEO of Deutsche Lufthansa AG, said: “As the flag carrier, Air China is the ideal partner for the Lufthansa Group in the People’s Republic of China. This ground-breaking joint venture will fundamentally strengthen our competitive position on routes between Europe and China. The significantly enhanced partnership will enable us to create additional benefits for customers.” 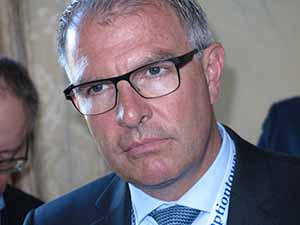 “The Chinese aviation market is one of the most important growth markets worldwide. We want to profit from this growth together with our Star Alliance partner Air China.”