Trending
You are at:Home»Aviation»Dublin and Cork Airports to spend millions to adopt new EU security measures

Dublin and Cork Airports are to get multi-million overhauls of their baggage handling systems to deal with new European Union explosive detection requirements.

The DAA has previously estimated that the upgrade at Dublin Airport alone will cost around €13m, the Irish Independent reported. 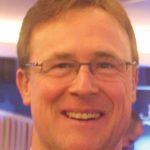 The airports authority, headed by CEO Kevin Toland, has said the project will be “challenging and complex” and will require significant planning while minimising the impact to airport operations and security.

The baggage screening systems at Dublin’s Terminal 2 – from which most of the airport’s flights to North America operate – is set to be upgraded by 2020, with the work beginning next year. It’s anticipated that work at Terminal 1 will be started in 2019 and finished by 2023.

At Cork Airport, the new installation is also slated to begin in 2019 and be completed by 2023, the Independent reported.

The EU introduced its new explosive device screening regulation in 2011, mandating the dates by which existing systems must be retired and new ones installed to meet the new standards. The current system in many airports in Europe typically relies on X-ray machines to detect possible explosive devices in baggage that’s destined for an aircraft hold.