Trending
You are at:Home»Aviation»Dublin was fastest growing airport of 2016 as European passenger numbers hit 2 billion

Dublin Airport is continuing its growth spurt and was the fastest growing major airport in Europe last year, according to ACI Europe, the trade association for European airports.

Airports which reported the highest increases in passenger traffic in 2016 (compared with 2015):

Dublin was also one of the best performers in December, with passenger numbers rising 13.3pc:

Olivier Jankovec, Director General of ACI EUROPE, said “Europe’s airports broke the 2bn passengers mark last year – an absolute record. While geopolitics and terrorism in particular played an increasing role in shaping the fortunes and misfortunes of many airports, the underlying story is one of continued growth and expansion – with passenger volumes growing in excess of 5pc for the third consecutive year.

“This means that Europe’s airports have welcomed an additional 300m passengers since 2013, with 80pc of it – 240m – flooding the EU market. Unsurprisingly, that increase is starting to weigh on capacity levels, operations and resources.”

ACI said Low Cost Carriers were the main drivers of passenger traffic growth in 2016 on the back of their successful move upmarket, while growth was also boosted by the development of low cost spin-offs by Full Service Carriers and the emergence of long haul low cost offerings. 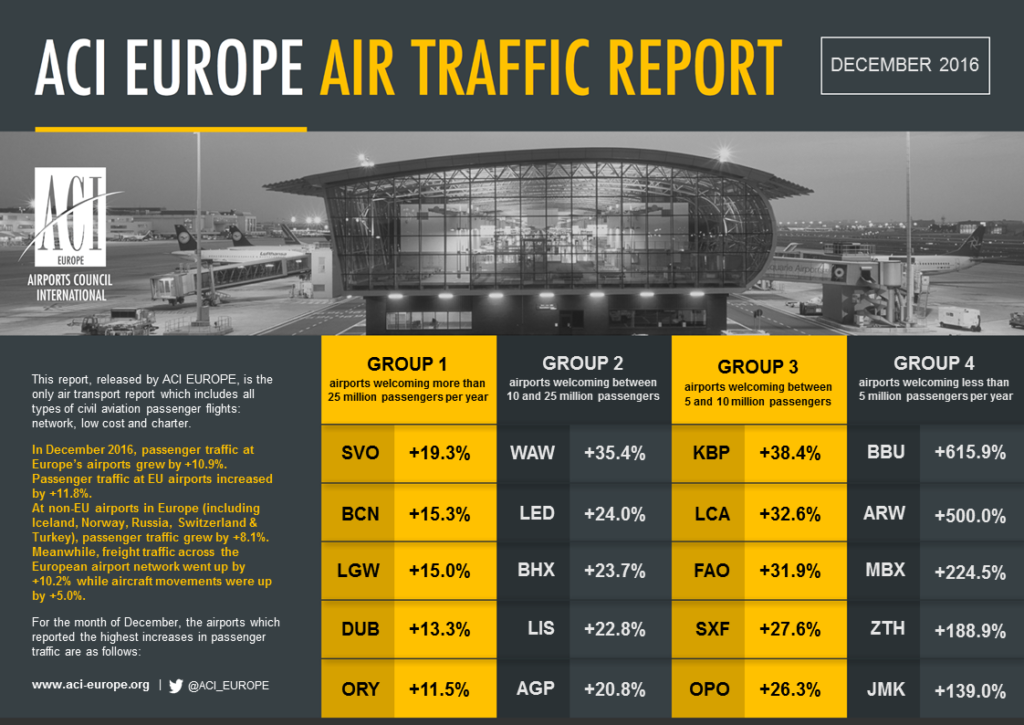