Trending
You are at:Home»Aviation»Etihad and Lufthansa silent on merger report

Lufthansa and Etihad won’t comment on a report that the two airlines are looking at options to merge. However, a source close to one airline dismissed the report.

Frankfurt-listed Lufthansa, Europe’s largest airline by revenue, declined to comment on the report in Il Messaggero, while Etihad, the United Arab Emirate’s national flagcarrier, had no immediate comment. 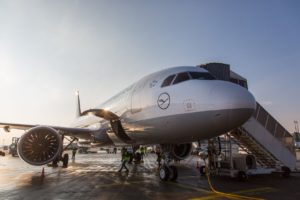 Managers from both companies have been examining the option of Etihad taking a 30-40pc stake in Lufthansa via a capital increase reserved for the Abu Dhabi state-owned airline, Il Messaggero reported.

At a second stage, the two companies would examine a full-blown merger, the newspaper said. It added the parties would meet shortly for talks.

Lufthansa and Etihad Airways announced plans last month to codeshare on selected flights from this year.

The agreement will see the German carrier place its code on Etihad’s twice- daily flights from Abu Dhabi to Frankfurt and Munich. In turn Etihad will codeshare on Lufthansa’s services from Frankfurt to Rio de Janeiro in Brazil and Bogota in Colombia.

The deal also incorporates an agreement for Lufthansa to wet lease 38 aircraft from Air Berlin (in which Etihad owns a 29pc stake), for use with its Eurowings and Austrian Airlines subsidiaries.