Trending
You are at:Home»Aviation»KLM gives bigger brother a boost as Air France profits hit by terror attacks and strikes

Air France KLM group has reported a 35pc earnings increase for 2016 and said it will boost passenger capacity this year in a push in the lucrative long-haul market.

Operating profit increased to €1.05bn, boosted by a lower fuel bill and productivity gains at Dutch arm KLM, while Air France was hit by industrial action and terrorists attacks in France. 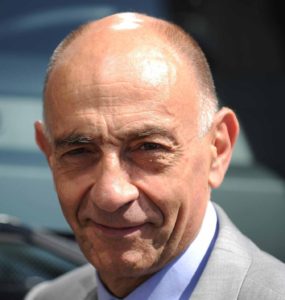 Chief Executive Officer Jean-Marc Janaillac said in a statement that while political and economic uncertainties are continuing to weigh on fares amid industry overcapacity, the group will lift capacity as much as 3.5pc in 2017 “in order to regain the offensive” in long-haul markets and boost performance on medium-distance routes. Rival Lufthansa plans to increase capacity by 4pc this year.

Janaillac is aiming to carve a new unit, dubbed Boost, out of Air France to operate lower-cost long and short-haul flights at standard fares from the Paris Charles de Gaulle hub. Pilots have yet to deliver a formal response to the plan, which requires a 1.5pc pay cut across French operations. Pilots’ unions have so far expressed scepticism about the plans, which Air France presented last week and which would cover a maximum of 18 short-haul and 10 long-haul planes.
The following two tabs change content below.