Cork Airport is gaining the most new routes as Ryanair launched its Irish winter 2019 schedule.

There is no change at Shannon or Kerry, but both Dublin (Malpensa) and Knock (Tenerife) are getting new routes for the October-March season.

Ryanair’s Chief Marketing Officer, Kenny Jacobs, told Travel Extra that the airline would discount the following month’s fares by 5pc if it did not hit 90pc punctuality in any given month. The offer does not cover delays in the event of air traffic control issues. 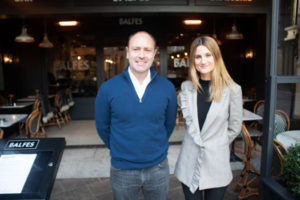 “Over 2018 we finished on 78pc [punctuality]. Although it’s massive.. people thought 2018 was bad. There were a small number of strikes, and people thought that was causing punctuality [issues].. it wasn’t. What caused it last year for the whole industry was ATC staff shortages so we’re pushing particularly the Germans, the French, the Brits and the Italian governments to sort out their air traffic control operations.

“But it’s worthwhile flagging to people coming in to this summer, the regulator is flagging that staff shortages are continuing so you should be ready.”

He said how Europe’s skies are controlled is “an old-fashioned system” and there’s a case for letting other ATCs control a country’s airspace, so if the French go on strike, the British and the Irish controllers could control French airspace.