Trending
You are at:Home»Aviation»European airlines challenge Brussels to act on strikes and aviation charges

Ryanair CEO Michael O’Leary and IAG boss Willie Walsh have both spoken out about the threat of new strikes by air traffic controllers in Europe this summer.

A4E called on the European Commission to tackle “the damaging effects of ATC strikes” and also argued that European governments should abolish aviation taxes, claiming that the levies “fleeced passengers by more than €5.6bn last year”. 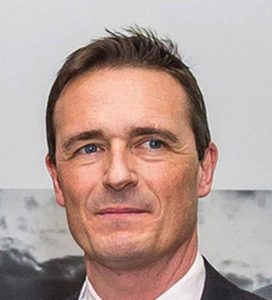 A4E said 2016 was “a year of record ATC strikes” and urged the European Commission  to “work together with Member States, Air Navigation Service Providers, unions and other stakeholders to minimise the impact on passengers. Strikes should be the last step not the first one and the Commission must take immediate action and lead on an issue that affects the whole of Europe”.

It said that “41 strike days in 2016 have pushed the overall number of strike days since 2010 to 217 accounting for over 35,000 cancelled flights and more than 7 million minutes of delay”.

The association claimed that aviation taxes “continue to hinder economic growth and jobs in Europe”, adding that in 2016, passengers paid €5.6bn to Europe’s leading aviation tax collectors named as the UK, Germany, Italy, France and Austria. Last month Sweden proposed legislation for a new tax to begin in 2018.

“Both evidence and economic facts show that removing aviation taxes is beneficial. Countries which have scrapped them have seen an immediate boost in air transport and tourism which has benefited their economies. While Scotland and Italy have taken steps in the right direction there is still a long way to go in the UK as a whole and Germany.

He added: “We have launched A4E to promote the interests of more than 900m European passengers to ensure they continue to benefit from lower fares and more choices.

“Beyond the economic contribution of air transport it’s also important to highlight its social and cultural value for Europe. Policymakers in Brussels and across the continent need to ensure that the political conditions will enable us to provide the best connectivity to the benefit of all Europeans and a continuous positive development of Europe’s tourism sector.”

At the summit it was announced that Carsten Spohr, CEO of Lufthansa, is to replace EasyJet CEO Carolyn McCall as the chair of A4E. McCall told the summit that real results are needed this year to achieve the objectives of the European Aviation Strategy.