The number of North American holidaymakers to Ireland has broken the 1m barrier for the first time, Fáilte Ireland said at it published its preliminary Tourism Facts 2016.

The data is a compilation of key findings on tourism performance in Ireland in 2016 from a number of sources, including the Central Statistics Office, the Northern Ireland Research and Statistics Agency and its own surveys of overseas and domestic tourists along with inputs from accommodation providers and visitor attractions. 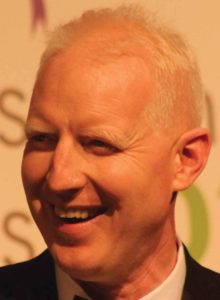 Worryingly, the number of visitors from Britain in 2016 – 3.632m – is higher than the rest of Europe combined, at just 3.1m. Recent figures for 2017 show a dip in British visitors, which is being blamed on dips in sterling and uncertainty caused by Brexit. The new report also found that the average overseas tourist spent an average of €68 a day, while overseas holidaymakers spent, on average, €89 a day. Domestic tourists spent €71 a day.

Fáilte Ireland’s Head of Research, Caeman Wall, said: “This comprehensive reference guide for tourism in Ireland provides us with the necessary insights for planning and developing future tourism. For example, this year’s Tourism Facts 2016 tells us that while Britain remains our largest source market for overseas tourism, Mainland Europe is delivering more holidaymakers.

“Furthermore, for first time ever, Ireland has broken the 1 million barrier for North American holidaymakers. While we have known for some time that 2016 was a record year for tourism, today’s report adds more layers to our understanding of that performance.”