Trending
You are at:Home»Ireland inbound»Tourism bodies welcome retention of 9pc VAT rate for the industry in Ireland

Irish tourism bodies have welcomed the retention of the VAT rate of 9pc for the sector. The Irish Tourism Industry Confederation said it was a “vital measure for the sector”, while Fáilte Ireland said the measure was important in restoring Ireland’s perception as a value-for-money destination.

Eoghan O’Mara Walsh, CEO of ITIC, said: “Tourism is at a key juncture with our biggest source market, that of Britain, in sharp decline as a result of Brexit. In this context it was essential that the tourism Vat rate was maintained in order to help the sector retain competitiveness and support jobs, and regional growt.h”

Itic added that latest CSO numbers have confirmed a second consecutive month of tourism decline driven by a 7.1pc fall in British arrivals for the year to date, saying that the Brexit impact is “real and material” for the industry. 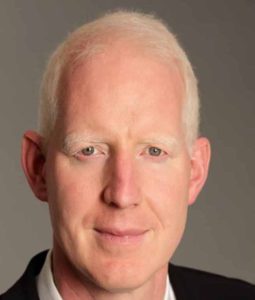 Fáilte Ireland CEO Paul Kelly said: “The lower VAT rate allows Irish tourism to compete with overseas destinations and to provide our visitors with the good value to match the quality of our welcome. The continuation of this measure will help sustain growth but it must also be accompanied by a renewed effort on the part of the industry to maintain competitiveness and avoid price inflation. An emphasis on greater competitiveness, allied with the lower VAT rate and Fáilte Ireland’s continued investment in tourism product, will create the necessary environment for the tourism sector to generate additional revenue and deliver more jobs in the year ahead.”

The special rate was seen to be under threat, with civil servants and opposition parties arguing that the measure, introduced in 2011, hasn’t seen value being passed onto the customer, with Dublin hotels in particular riding a boom given the lack of beds in the capital.

ITIC had also called on a €20m investment fund for tourism to help the sector arrest the decline from Britain and diversify into new markets. However, O’Mara Walsh expressed disappointment that this was not forthcoming in Budget 2018 and urged that funding be made available to tourism to mitigate the impact of Brexit.

Irish Hotels Federation boss Joe Dolan said: “The 9pc VAT rate has been the single most important fiscal initiative for Irish tourism in the last decade and we are pleased the Government has retained the measure. It demonstrates that it has been highly effective in job creation and also acknowledges that we have a pro-tourism Government who see the value the industry brings to every part of our country. The decision is a critical vote of confidence in the tourism industry at a time when it faces significant risks, most notably from Brexit.”