Trending
You are at:Home»Ireland inbound»10,000 to visit Ireland on New Year’s Eve – Airbnb

The number of visitors staying in Irish Airbnb residences is set to rise by 82% to 10,000, the company said today. Half of them will stay in Dublin and the highest number of guests visiting from outside Ireland will come from London.

Worldwide, two million people from 200 countries and territories are expected to stay in an Airbnb residence – an increase of 1400x since 2009.

The most popular destinations are the United States, followed by France, Australia, Spain and Great Britain. A total of 55,000 people are projected to stay in New York, with hosts expected to earn around $32 million. The corresponding figure for London is nearly $21 million. Among the top five cities for New Year’s eve travel, hosts are expected to earn more than $90 million combined. 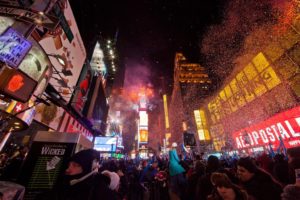 Cities that have seen the most growth in New Year’s Eve bookings since 2015 include Havana, Queenstown, Las Palmas de Gran Canaria, Fukuoka-shi and Cancun.