Trending
You are at:Home»Ireland inbound»American tourists outspend the British in Ireland during first half of year

The continuing decline in British visitors to Ireland has been revealed again in the latest CSO tourism figures for the first half of 2017.

Overall overseas visitor revenue rose 7pc from January to June, driven by a 3.4pc increase in overseas visitors. The North American market – boosted by better connectivity across the Atlantic – saw a 20.9pc jump in visitors and a 16.5pc rise in revenue. Spending by North American visitors outpaced the spend of British visitors, whle Ireland also saw good growth from mainland Europe (up 4.1pc) and long-haul markets, including Australia, which rose 20.4pc. 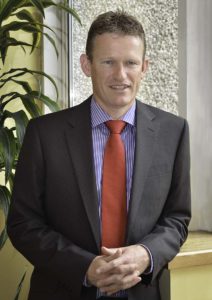 Niall Gibbons, CEO of Tourism Ireland, said: “The decline in visitor numbers from Britain continues to be a real concern. The fall in the value of sterling has made holidays and short breaks here more expensive for British visitors and, at the same time, made Britain more affordable for visitors from many of our top markets. While we can see the impact of currency changes in today’s CSO results, which confirm a decline of 6p in British visitors in the first half of the year, revenue from the market has held up somewhat better.

“This year, Tourism Ireland has placed greater focus on ‘culturally curious’ visitors from Britain, who stay longer and spend more, because they are less impacted by currency fluctuations. However, competitiveness and value for money messages are more important than ever right now.”

The average duration of overseas trips made by Irish residents dipped slightly, from 7.1 nights in the second quarter of 2016 to 6.8 nights in the same period this year.

And total tourism and travel expenditure by Irish residents overseas increased by 3.1pc, up from €1.243bn to €1.281bn. When all fares are included, total expenditure on overseas trips increased by 7.1pc, from €1.553bn to €1.66bn. Full details are available on the CSO website.