Trending
You are at:Home»Aviation»Commission for Aviation Regulation sends out Brexit warning to Irish operators and agents

The Commission for Aviation Regulation has warned all Irish travel agent and tour operator licence holders to ensure that they have contracts in place with air carriers for 2019 and beyond that will be fulfilled in the event of a no-deal Brexit.

CAR wrote to them, warning of potential dangers following the European Commission’s notice to stakeholders regarding the rules that will come into play if Britain leaves the EU in a hard Brexit scenario. This document can be viewed in full here.

Specifically, they will no longer enjoy the right to pick up passengers in Ireland and fly them to another  member state such as Spain, Portugal, France or Italy.

The Commission said it “has contacted all Irish travel agent and tour operator licence holders to remind them that it is important that they ensure that the air carrier with which they contract for the performance of flights on their behalf is the holder of an air carrier licence that entitles it to fly the routes set out in the contract”.

CAR, headed by CEO Cathy Mannion, warned: “Otherwise, if the carrier is prevented from so doing on the grounds that it is not legally entitled to perform those flights, the licence holder may be unable to fulfil their contractual obligations to their customers, which may result in a call on their bond and subsequent loss of their licence.”

Pat Dawson, CEO of the Irish Travel Agents Association, said: “We got a mail from CAR regarding the directive.” He said airlines which didn’t hold an EU licence also wouldn’t come under the terms of Compensation Regulation 261, which deals with flight compensation for passengers, hence the need for clarity now: “Unless they’re approved by Europe there’ll be no 261 for people who use airlines that are outside of their scope. It’s a case of just tightening up and to make sure that peple realise is who is in and who is out.” 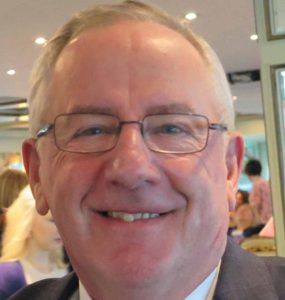 Regarding airlines, Mr Dawson said “the vast majority are all fine in the event of a Brexit”.

On the message from CAR, he said: “It’s not a worry, but anything legislation wise or when there are statements issued it’s always a negative thing. No matter what it says it’s bringing a lack of confidence. Brexit was never going to help but the fact that it looks like we’re going to be at a cliffe edge certainly doesn’t bring confidence to people in the avaiton business.”

He said that when there is uncertainty, there is a danger that holidaymakers “won’t book anything with an airline if they think there’s going to be an issue down the road”.

But he said that Ireland’s membership of Brussels-based travel trade body ECTAA, with the ITAA a board members, keeps everyone “in the loop” as the Brexit drama continues to unfold.