Trending
You are at:Home»Aviation»Derry Stansted and Manchester routes get reprieve as Loganair sets in 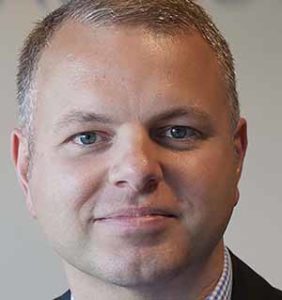 Loganair will also operate the planned Derry to Manchester route 6w from March 24 using an ERJ145.

Flybmi which operated flights between the airports since 2017, filed for administration and ceased operations last Saturday.

Loganair’s managing director Jonathan Hinkles (pictured) said the airline was selected after a competitive tender process, “I know the news about Flybmi created great uncertainty so we’re focused on recommencing operations as quickly as possible,”

Emergency talks began between the Department for Transport, City of Derry Airport and Derry City and Strabane District Council, which owns the airport, in the wake of the Flybmi collapse.

The public service obligation air route, which has been in place since 2017, was due to expire in May but Westminster Transport Secretary Chris Grayling said his government would continue to subsidise the route until 2021. “Securing Loganair is testament to the hard work of Derry and Strabane Council, the City of Derry Airport and my department. This route is vital because it strengthens the union, protects choice and boosts trade and travel opportunities , enabling business trips to and from Derry within a day.”

Clive Coleman,  contracts director at Regional and City Airports, which runs City of Derry Airport, said maintaining a London route “is vitally important for the airport and for the economic development of the north west. We are delighted to have Loganair on board to operate the London Stansted service. Because this is a public service obligation route if the operator fails you are allowed the award the contract for a period of seven months, which is what the council has done. During that seven months though you have to retender with a full procurement exercise and we’ll be starting on that work in the next couple of weeks. So it is for seven months. We cannot do it for any longer than that, that’s the EU rules. It is called an emergency contract under those regulations.“