Trending
You are at:Home»Aviation»Ryanair growth back to 9pc with record 13.8m passengers after four months of slowdown

Ryanair monthly passengers numbers grew 9pc in August, bringing to an end a slowdown since April of 6pc in May, 7pc in June, and 4pc in July. Ryanair enjoyed consistent growth figures of 10pc until a pilot rostering crisis in September of 2017. Ryanair passenger numbers 13.3m. Since then growth levels have fallen to just over half that level. Rolling annual passenger numbers to August were 133.6m.

Lauda traffic was 0.5m with a 92pc load factor. 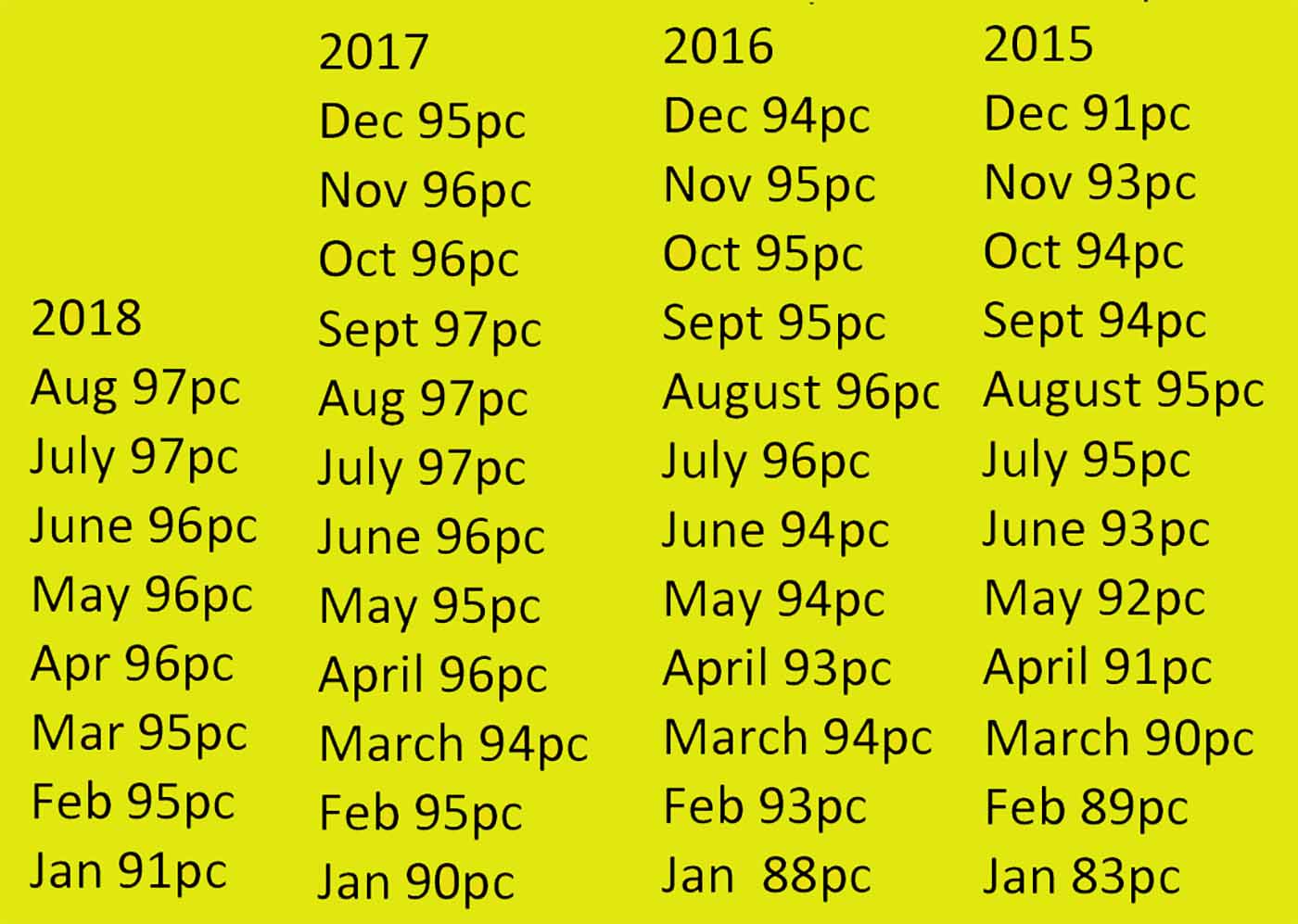 Ryanair’s figure wil not be enough to finish ahead of Lufthansa as Europe’s most popular airline. Lufthansa reached a record for a European airport, 14.1m in July (the first European airline to hit 14m since the glory days of Aeroflot) and a further 14m in August. IAG finished in third place with 11.4m passengers in August, up 7.2pc. Air France/KLM were fourth. Fifth place EasyJet reported August passengers up 5.6pc to 8.6m with load factor up 0.1 points to 96.4pc.