Trending
You are at:Home»Aviation»Dublin Airport third terminal should be in independent hands says Minister

Transport and Tourism Minister Shane Ross has raised the issue of Dublin Airport getting a third – and independent – terminal at Dublin Airport.

Minister Ross, delivering the opening address at the first National Civil Aviation Development Forum Conference at Dublin Castle, also welcomed “the DAA’s decision to proceed with the development of a second parallel runway at Dublin airport.” 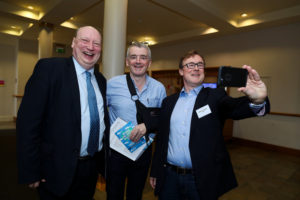 He said a review which will examine the longer term capacity needs of our three State airports will commence within weeks, adding that “the review will include an option for a third, independent terminal at Dublin Airport, adding: “The question must be continually asked: Is a State monopoly at Irish airports in the interest of the users, the taxpayer or the travelling public? I think I know the answer.”

His address follows a similar call by Aer Lingus CEO to examine the state of play at Dublin Airport.

“You can separate runways and terminals,” he said in a recent interview with the Irish Independent. “I think runways are of such strategic importance, particularly for an open economy as Ireland is, that there continues to be a role for some regulatory or State involvement in runways.”

“With terminals, I think it’s a different issue. There’s no reason why the State needs to own the terminals. It’s not to say they are doing a bad job at it. The competitive dynamic in the provision of most services ends up with a more efficient solution.”

Dublin and Cork airports are operated by the semi-state DAA, while Shannon now operates as an independent, State-owned facility. 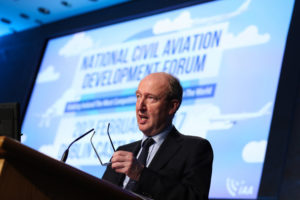 Minister Ross spoke of the growth opportunities with forecasts for the demand for air travel to double over the next 20 years. “With that growth, there should be opportunities for airlines, new routes and services as well as in Aviation Recruitment and software development for the industry.”

The Minister further added that Brexit was the most significant development with likely negative impacts on the liberalisation of the air transport market, adding that “the only solution for Ireland is that the market should remain fully liberalised and deregulated, and that existing traffic rights should be preserved.”

He said “an ambitious policy such as our National Aviation Policy does not exist in isolation.  It must be supported by other government policies and actions – such as our framework policies for training and skills, enterprise development, job creation and regional development  –  if its full potential is to be realised.